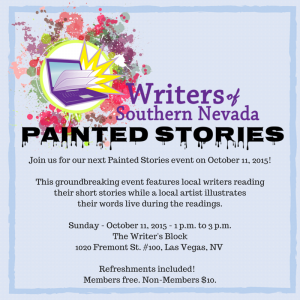 Rules to Sell Your Writing By

I’m not listing rules here. Sorry. But I am commenting on how hard it is to sell something you’ve written. How should you go about it? Get an agent? Skip the agent and query an editor? Skip them both and put it out in e-format and market the hell out of it? Well, sure. I’ve heard stories of each of those methods working really well. And the sale of a book, like the sale of anything else, depends upon some hard and fast rules. Unfortunately, those rules are not logical in the sense that you can parse them using a Ben Franklin Close (look that up if you want; it’s a real thing) or other hard, logical means. Like any sale, the rules of selling something you’ve written are perfectly logical, but they are emotionally logical. And the greatest story out there can be rejected a thousand times just because nobody reviewing it for possible publication felt like buying it at the time! That doesn’t mean that there’s anything wrong with it: there’s a famous story about somebody who changed the names in Casablanca and shopped it around Hollywood, where it was rejected by every single mover and shaker in that town! It’s even a true story, I’m pretty sure, and it illustrates my point very well.

Even if it isn’t a movie, there’s a lot of expense involved in publishing a book. You can check it out for yourself, if you want to. Just see how much a printer would charge you for five thousand copies of a three-hundred page book, library bound and with decent paper. But, e-publishing is different, you say. No books to print, or bind, or store or anything. Yep, that’s an advantage, and feel free to go ahead and publish your work. Like a speaker I heard recently pointed out, however, there are tens of millions of books on Amazon, but only those in the “top 200,000 in sales” actually are selling any. All those others? Well, as you might have been thinking, they didn’t cost much, did they? If you think about it, an e-book still needs layout, good cover art, and marketing. Lots and lots of marketing. You can opt to do that yourself, if you have any marketing talent. But it’s going to take more graphic talent than is evidenced by the average Garage Sale sign for your efforts to be successful. You’ll have to actually know how to do graphic design (or pay someone to do that for you.) You’ll have to know how to get people to want to read your book, even if it’s a great one. Ask your self what you think of television commercials (adverts if you’re a Brit.) Marketing people generally like them, so long as they’re well done. Thirty seconds of time in a second tier market will cost you thousands of dollars. Now how do you feel about them?

Selling comes down to appealing to potential buyers on an emotional level. Sad, but true. If you write fiction, then maybe you have a leg-up in sales, because presumably you can get inside your characters’ heads and figure out what they want. Maybe, if you can do that with real people, you have a chance at selling your own work. If you can’t do it with living beings, you can hire someone to do it for you. Which brings you smack dab back to needing a publisher. Aaaargh!

I think of my own moods. One day I may really like something, but the next day I think it’s really stupid. I’m not unusual in that. Maybe the second day I’m tired, or hungry, or I twisted my ankle in a pothole on my morning jog, or my kid got caught stealing from the candy store. Or any one of a million other variables that you, as the writer, can’t possibly anticipate or do anything about even if you could know about them. The only thing you can do, and this is the truth, is make your query absolutely irresistible. That way, even if the editor is having a terrible day, she may put it aside and read it later, when she knows she’ll feel more like doing so. An ordinary query, well, it’s just a part of a pile of work that’s interfering with thinking about being tired, or hungry, or, you know. And that’s a “maybe” only. Maybe she’ll just get frustrated and reject the whole pile just because it clears her schedule. Maybe. There’s no way to know, and no law says she ever has to tell you why she didn’t buy what you were selling.

Which brings up some more emotional rules. Such as “Don’t bug the agent/editor.” “Don’t be clever with them.” “Remember you will need to get rejected a lot before you actually sell anything.” It’s true. In sales there’s a rule that you make twenty contacts to get one prospect, and twenty prospects will yield you one sale. That’s 400 contacts to sell one item! Because, for some reason, the other 399 people just weren’t emotionally ready to buy what you were selling. In this case, they just didn’t feel like risking a lot of work on your book. It isn’t personal, it’s just the way it is.

So, I guess I do have a rule or two. Rule #1 is to be persistent. Keep learning, keep submitting, keep writing. You haven’t failed until you’ve quit. And rule #2 is be ready for tons of rejection, because that’s what you’re going to see. If Sony wouldn’t touch one of the greatest movies of all time, and Decca wouldn’t hire the Beatles (and they wouldn’t,) you must know that it isn’t personal, it’s just tough. When it feels really tough, just re-read rule #1, and keep on plugging. 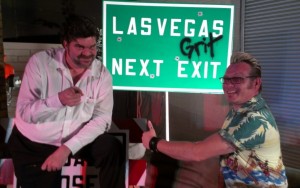 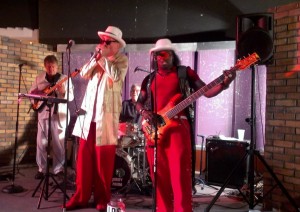