Some time ago a member of the Las Vegas Writers Group expressed concern that a book she was working on might be too controversial. It was a work of fiction where the male protagonist was a pedophile. It certainly was a sensitive topic but my response to her that no book is too controversial. The role of an artist is to provoke the mind, invite debate, and challenge the status quo and the norms of society. That is how we progress. That’s not to suggest that all writers are required to do so; for many the goal is simply to provide the reader with entertainment. However, the books that are memorable or stand the test of time tend to be those with a more powerful message.

Throughout history there are many writers who have made political or social statements in order to raise awareness of an issue or support a cause. Thomas Paine’s pamphlet “Common Sense” illuminated the reasons for the American  colonies to break away from Great Britain. A short time later a number of English authors engaged in a spirited literary debate in the form of essays about the French Revolution. Richard Price, a Unitarian minister, wrote an essay in support of the revolt. This elicited a reply from English author Edmund Burke in support of the French Monarchy. The debate didn’t end there. Another author, Mary Wollstonecraft, published her rebuttal to Burke called “A Vindication of the Rights of Men” and Thomas Paine penned “Rights of Man” as his own response to Burke. These writers were the internet bloggers of their day.

Eight decades later Charles Dickens used the French Revolution as the backdrop for his novel A Tale of Two Cities. In other works he stirred controversy by creating characters that were oppressed by titans of industry. His novels were critiques of the social and economic conditions of the industrial age. These books are considered classics of the Victorian era and helped curb the abuses that were rampant in that period.

Many books have been deemed so controversial that they were banned for a time. Catcher in the Rye by J.D. Salinger, The Adventures of Huckleberry Finn by Mark Twain, Lolita by Vladimir Nabokov, and James Joyce’s Ulysses all shocked people in some way yet these books are now considered literary classics. Two decades ago Salmon Rushdie’s The Satanic Verses was considered such blasphemy by Iran’s Ayatollah Khomeini that he issued a fatwa that called for the author to be killed. In many countries authors risk death simply for writing what they feel they must.

Contemporary author Alissa Nutting, who received her Ph.D. from the University of Nevada Las Vegas, wrote a book that has been called “the most controversial book of summer” by numerous publications including The Guardian and The Huffington Post. Her novel Tampa explores the sexual relationship between a female teacher and her fourteen-year-old male student. Pedophilia is a sensitive topic to be sure, but discussing it in literature raises awareness of the issue. Since the book’s release in 2013 there have been numerous reports of female teachers molesting male students. Coincidence? Perhaps, but maybe the book’s controversial press brought the subject into the open and made people more sensitive to such situations.

Authors should never fear pushing the envelope and stirring the pot, they should embrace it.

From Caedmon to Kindle

Over 1300 years ago a man tended the animals of a monastery located in Northumbria in what is now northern England or southeastern Scotland. His name was Caedmon and he would later go on to become a monk himself. Though thought to be illiterate, he created a nine-line hymn that was later recorded by an English monk known as the Venerable Bede. Caedmon’s Hymn is the oldest known work of Old English writing. The Old English period spanned about 700 years and approximately 400 literary works from that period have survived. Today that many books are published every 10 hours ‒ and that’s just in the United States.

Caedmon’s name may have been known but the vast majority of works in the medieval period were penned by authors who remain anonymous. Could you imagine pouring your heart and soul into a book and then not putting your name on it? Seems inconceivable today, but that’s how it was. That didn’t change until the mid to late 14th century. Geoffrey Chaucer ‒ considered the father of English literature ‒ probably did the most to change that. He is famous for his Canterbury Tales written between 1380 and his death in 1400. Writers from that time onward were rarely anonymous because writing had become a commercial venture that could actually be profitable.

The publishing world has always been changing. Back in the days of Bede books were duplicated by monks who were working by hand. In 1476 William Caxton brought the first printing press to England and set up shop. The first book he produced? Chaucer’s Canterbury Tales. The works were hugely popular and placed books in the hands of the common people rather than just the elite. English literature flourished and many writers such as Shakespeare, Milton, Coleridge, Locke, Marlowe, Dryden, and others made their mark.

The next major technological advancement occurred almost 400years after Caxton’s printing press with the 1860s invention of a commercially viable typewriter. This meant increased speed and productivity as well as the end of cramps from writing by hand. The next jump didn’t take as long and happened about 100 years later with the introduction of word processors that used floppy disks ‒ remember those? Of course, it was the introduction of the PC a short time later that allowed just about anyone to try their hand at writing.

The birth of the internet heralded the arrival of the digital age. The speed of change today is absolutely mind boggling. Watch a ten year old movie and you can marvel at the technology that isn’t there. Just as the printing press made the transcription of monks obsolete, the internet is causing a cosmic shift in the world of publishing. In the last decade many publishers have gone out of business, others have merged, yet many new ones are being born. Like a meteor killing off the dinosaurs, the publishers that don’t adapt to a drastic change in the environment will fall by the wayside. However, in any time of upheaval there is significant opportunity. That opportunity is there for the large presses that can adapt, for the mid-size house that can capture a greater market share, and the small presses that can prosper from new technology and the ever-growing pool of writers seeking to become published.

Lastly you have those who have chosen to take matters into their own hand and join the brave new world of indie publishing. That means you will not only be a writer, but an editor, marketing guru, promoter, and PR person. Whichever route you have chosen there are a host of new realities you need to deal with. Actually writing the book has become the easy part. Even if you are with a major publisher you are expected to do the lion share of the marketing. Your manuscripts also need to be clean and well edited because you can no longer count on a publisher taking care of all that. Let’s not forget social media. Caedmon didn’t have to deal with Facebook and Twitter, he didn’t have to maintain a website, and he certainly didn’t spend time updating his blog. But you have to do all that.

And you just wanted to be a writer!

Want more of Richard Warren’s prose? Check out his column in The Vegas Voice, or check out the writers’ group he’s organized right here. 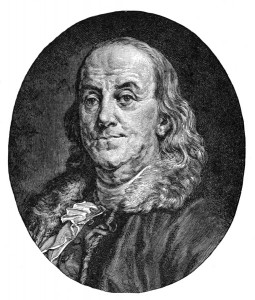