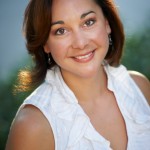 Know why I love about Back-to-School? Because it means that Black Mountain Institute will return to its regularly scheduled programming, and this September there are some exciting events in store!

On September 11, BMI will present the Nevada Emerging Writers Series (NEWS), which is made possible by a generous grant from the Nevada Humanities and features fiction writer Melinda Moustakis. She is a debut author with her first book, Bear Down Bear North, winning the Flannery O’ Connor Award as well as the Maurice Prize; it has also been shortlisted for the William Saroyan International Prize for Writing.

BMI is particularly proud of this reading series (now in its second annual year) because it brings four early career poets and fiction writers to the two largest counties in Nevada: Clark and Washoe. BMI, in partnership with the English Department at UNR, hosts these emerging writers based on the recommendation of a student-run committee at UNLV. Other emerging writers to look out for this year will be poets Peter Covino and Amaranth Borsuk as well as fiction writer Leslie Jamison.

The second event in September is the open house followed by “A Night in the Operating Room: A Cutting Edge Discussion on Medical Ethics,” with panelists Harriet Washington, David Ewing Duncan, and Jacob Appel. Both events take place on Wednesday, September 19th with the open house starting at 6:00 p.m. and the panel beginning immediately following at 7:00 pm.

Below is a more reader-friendly version of the two September events. We hope to see you at both!

More information about these programs and others can be found here: http://blackmountaininstitute.org/news-and-events/upcoming.php

Admission is free and open to the public.

Black Mountain Institute at the University of Nevada, Las Vegas supports a series of initiatives that promote humanistic and cross-cultural dialogue, including public readings and panel discussions, degree programs in creative writing, residential and faculty fellowships, and literary publications.