Recap of the 2012 Freelance Writing Conference

Making Cent$ of a Writing Career

The 2012 Conference is now History, but watch for “Writing Fiction in the Digital Age” from Writers of Southern Nevada in 2013!

(Here’s what you missed:)

Whether you have just begun your freelance career, or are looking to reach that next level of success, this conference is for you. From the nuts and bolts of freelance writing, to finding markets for your work while avoiding common mistakes, our distinguished panelists will guide you along the freelance writing avenues of success.

Taking Your Freelancing to the Next Level

Steve Friess is a technology reporter for POLITICO Pro. He moved to Washington, D.C., following a yearlong Knight-Wallace Fellowship at the University of Michigan, where he focused on a project about the export of Las Vegas gambling to China. Steve Friess is a freelance journalist, blogger and podcaster formerly based in Las Vegas whose work appears regularly in the New York Times, USA Today, Newsweek, the Los Angeles Times and others.

Born and raised in Las Vegas and currently the editor of Desert Companion, Andrew Kiraly has sung in a renowned punk band, produced records by hopelessly obscure acts and penned his share of scathing rock criticism for plenty of alt-weeklies. His fiction has appeared in numerous journals and anthologies, including titles by Manic D Press and University of Nevada Press. His humor has appeared in McSweeney’s Internet Tendency, The Big Jewel, Yankee Pot Roast and more. He also has an MFA in fiction from the University of Nevada, Las Vegas.

Heidi moved to Las Vegas seven years ago to start a local bureau for a convention-industry magazine, Tradeshow Week. Since then, she’s gone from covering trade shows to writing about local issues as a full-time freelancer. Her work appears regularly in Desert Companion and Vegas Seven, and she has also contributed to Las Vegas CityLife, Las Vegas Health and the Review-Journal. Heidi’s story subjects are influenced by what she does when not writing: teach yoga, camp, cycle, hike and run outdoors – with her Cocker Spaniel, Aja, whenever possible. Originally from Roswell, N.M. (yes, that Roswell), Heidi has lived and studied in Paris, Los Angeles and the Boston area, where she got a master’s degree in Romance Languages from Harvard. On September 17, Heidi began a full-time  job as  senior staff writer at Vegas Seven magazine.

Rick Lax wrote the book I GET PAID FOR THIS (Huntington Press, 2012). He is also the author of Lawyer Boy: A Case Study on Growing Up, and Fool Me Once: Hustlers, Hookers, Headliners, and How Not to Get Screwed in Vegas. Lax also wrote four books that didn’t get published (Robot Poetry, Mensa Idiot, Pickup Tricks, Cats vs. Dogs), and dozens (hundreds?) of magazine articles that didn’t get picked up. He is an expert on rejection. 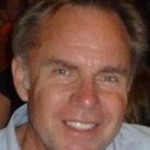 Steve Blust has been editor of View Neighborhood Newspapers since February 2010. A native of Joliet, Ill., and a graduate of Northern Illinois University, he started his career in 1976 as a sports writer for the Daily Democrat in Davis, Calif., and worked in sports departments at the Sacramento Union, San Jose Mercury News and Sacramento Bee until 1999, when he was named the Bee’s first chief of copy desks. In 2004 he was named executive editor of the Beaufort Gazette in Beaufort, S.C., where he worked before moving to Las Vegas. He and his wife, Linda, live in Spring Valley. 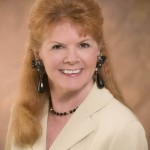 Jackie Brett is a freelance writer specializing in the Las Vegas entertainment and travel scene. Her writings have appeared in magazines and newspapers nationwide and now on many websites. Her knowledge of Las Vegas and surrounding areas resulted in a coffee-table book entitled “Fabulous LAS VEGAS.” Brett’s efforts have been recognized with several awards including the Woman of Achievement in Tourism by the Las Vegas Chamber of Commerce. 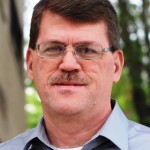 Schumacher was a reporter, editorial writer and city editor for the Las Vegas Sun for 10 years and editor of Las Vegas CityLife for three years. He founded and edited the Las Vegas Mercury, which ceased publishing after a four-year run. He was the director of community publications for the Las Vegas Review-Journal for 10 years, overseeing editorial operations of numerous weekly newspapers and special publications. He also wrote a weekly public affairs column for the Review-Journal for five years and was the founding editor of CityLife Books, an imprint of Stephens Press.

After twenty-three years as a newspaperman in Las Vegas, Schumacher became publisher of the Ames Tribune and its sister publications in central Iowa. 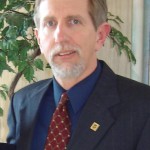 After a career as a Certified Financial Planner, Richard Warren moved to Las Vegas from Long Island, New York. A seasoned real estate investor, he is the author of A Rehabber’s Tale, the Reality of Fixing and Flipping Real Estate. Richard, an aspiring novelist and freelance writer, has written more than 150 real estate-related articles. Currently he is the consumer columnist for The Vegas Voice and the Organizer of the Las Vegas Writers Group. 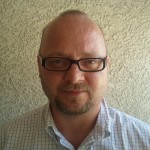 Jason Whited has spent a decade breaking big stories, from the failure of the drug war in Europe to the torture of suspects in rural Florida jails to Nevada corporations trading with state sponsors of terrorism.  From 2007 to 2011, Jason’s work as a staff writer at Las Vegas CityLife focused on bringing Nevada readers the true story behind some of the biggest issues of the day. Now, as a freelance reporter, Jason’s focus has expanded nationwide as he works on a series of stories from America’s true nuclear ambitions to Wall Street’s buying of our democracy.

Kim Schaefer is a writer and editor with Downtown Project where she spends her days writing, learning, thinking, talking, and daydreaming about the city she loves. Her work, which tells the story of the remarkable, diverse, and fascinating people who are revitalizing Downtown Las Vegas, can be found on downtowntproject.com. Her writing was previously featured in a variety of publications including Desert Companion, BLVDS, Vegas, and Vegas INC. 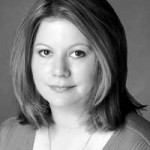